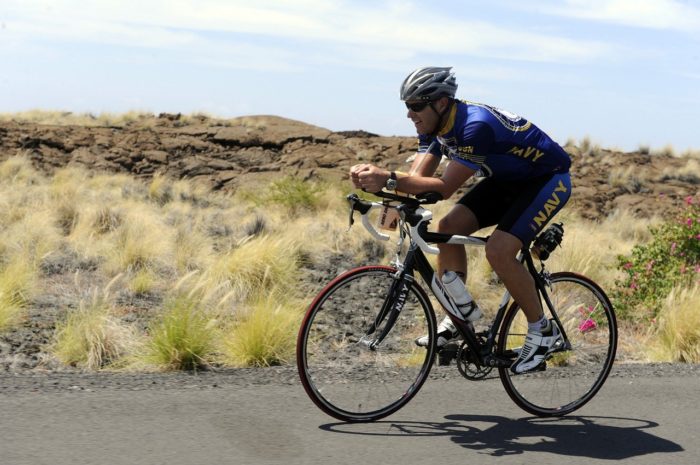 Like in all endurance sports, efficiency is key during cycling competitions. The theory is simple: the less energy you use during the major part of the race, the more energy you will have available during the last sprint or climb. Or you are just able to go further and longer at the same intensity during your training rides.

Efficiency is defined as the ratio between the work that is performed to the energy that is expended. In other words: when your efficiency is 100%, all the energy you spend will be used to produce (external) work. This of course isn’t realistic. For example, a lot of energy will dissipate as heat. Therefore, efficiency won’t be even close to 100%, or 50% whatsoever.

Instead, efficiency will be near 20%! Nevertheless, small or marginal gains might be the difference between coming in first or second. Since gains in efficiency may potentially be very beneficial for performance, people are looking for ways to improve it. One of the things that might affect this cycling efficiency, is the pedalling technique.

In this case, pedalling technique is related to the way that forces are produced and transferred to the pedals. Often an even distribution of torque throughout the crank cycle is said to be an efficient technique according to coaches. Ideally, the most effective force or torque application will cost the least energy. But is that really the case? How do mechanical effectiveness and metabolic effectiveness (efficiency) interact in different pedalling techniques? Thomas Korff and his research group tried to answer this question.

First, we need to define some of the concepts:

It seems that the pulling technique scores best in the tests so far. You’ll direct your force better and you’ll distribute your torque production more evenly across the pedal stroke. The latter is sometimes referred to as an efficient pedalling technique. However, in contrast to that believe, the results of the current study show a deterioration of the gross efficiency when adopting a pulling pedalling technique!

Does this mean that pulling is bad all the time? No, of course not! This study was performed during steady-state cycling. This means that during your local group ride or main parts of a race, you’ll probably want to avoid pulling the pedals too much. However, during an attack or an all-out sprint, this may not be the case! Also, gross efficiency may be improved with ‘learning’. The new ‘technique’ may be less efficient at first, but you might learn to become more efficient by training pedalling technique. Perhaps even when adopting a pulling pedalling technique!

Encouraging riders to evenly distribute torque during the crank cycle may therefore be counterproductive, since you encourage them to pull more actively. This seems to decrease the efficiency of the movement. In addition, gross efficiency didn’t differ much between the other three (push, pull and preferred) conditions.

Want to know your own VO2max or Lactate Threshold? Or do you need help with your training? Let us know via cycling@science2move.nl or have a look at https://de-vitaliteitspraktijk.nl/inspanningstesten/conditietest/.