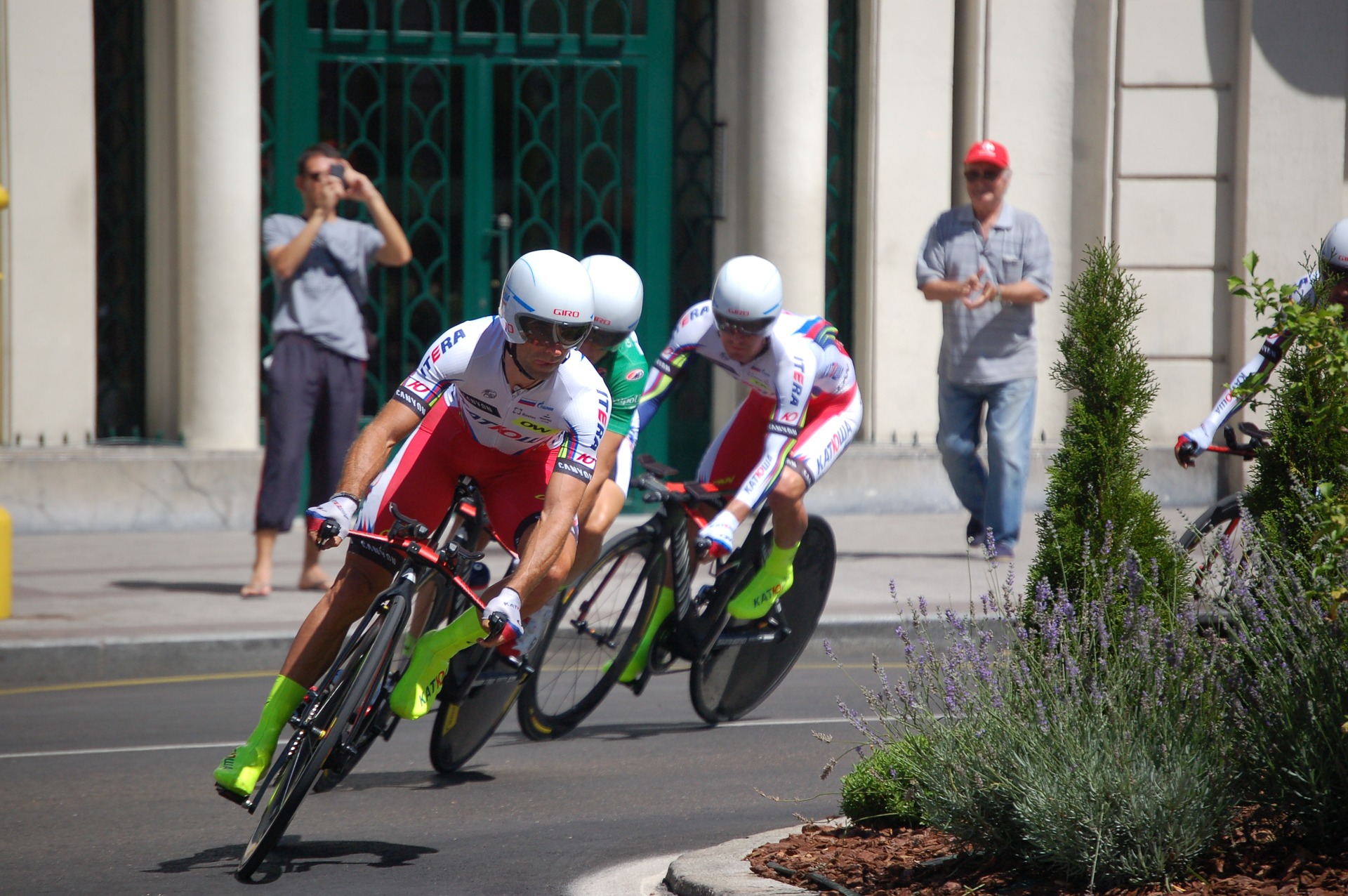 Cycling is like an unbalanced balance; each time practically the same forces act on the bike and its rider. However, the magnitude of these forces changes constantly. One of those forces is the aerodynamic drag force. Aerodynamic drag force is the resistive force that originates from the air that is rushing past the cyclist. The past decades a lot of research has been done towards the effects of aerodynamic drag on a cyclist’s performance. This research resulted in a lot of knowledge and performance enhancements.

The forces during cycling

As mentioned above, a mixture of forces acts on the bike and its rider. Four major forces apply on a cyclist during a training ride or race:

The contributions of the different types of forces on the resultant or net-force depend on the environmental conditions during the ride. When riding uphill or downhill, gravity may provide an extra obstacle or aid respectively. Windy environments may result in an increased or decreased aerodynamic drag, dependent on its direction compared to the rider’s movement.

Skin friction refers to aerodynamic drag created by the roughness of the skin. A rougher skin will produce more friction in the boundary layer, due to which energy will be lost. However, a completely smoothened skin isn’t optimal either. When adding some texture or dimpling to the surface or skin area, the air flow will be ‘attached’ to the body for a longer time. This increases aerodynamic efficiency because it reduces the low-pressure wake behind the rider. A high-tech skinsuit, relatively smooth with dimples or texture, may improve aerodynamic efficiency by 4-6%!

The aerodynamic drag force can be calculated with the following formula:

F = aerodynamic drag force in Newton.
ρ = air density, which is the mass of the air (kg/m3).
v = air speed with respect to the rider. Note, when cycling 30 km/h with a 20 km/h head-wind, v is 50 km/h.
Cd = drag coefficient, which is dependent on the physical form of the rider.
A = the projected frontal area of the rider.

Cd and A together determine the total drag area or the magnitude of the low-pressure wake region.

There are a few methods to improve (reduce) aerodynamic drag:

The most significant improvements in aerodynamic drag can be accomplished by adjusting the position of the rider. There are a few major contributors to an aerodynamic position:

Recently, a lot of research has been done concerning aerodynamic efficiency. This has resulted in major adjustments in equipment.