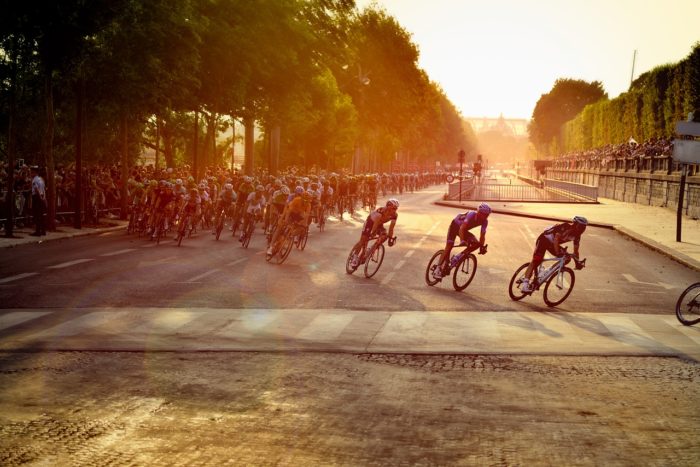 In “The energy systems” the different energy systems of the human body were explained. In that article the phosphagen, aerobic and anaerobic systems were covered and briefly explained. Everybody knows that acidification and lactate production due to the anaerobic system are not desirable during your exercise workout. So it won’t be a surprise that the Lactate Threshold (LT) is such an important parameter in your training plan!

At first there are some buffer mechanisms that may prevent acidification. However, at a certain point, these breakdown and buffering mechanisms won’t suffice anymore.

At this point, lactate and hydrogen ions will build-up in the blood and within the muscles, resulting in the rise of blood-concentrations, a restricted muscle contraction and deteriorating performance. This tipping point is called a Lactate Threshold. When the contribution of the anaerobic system increases during more intense exercises or bursts, this point will be reached quickly.

Lactate Threshold is a threshold that goes by a lot of terms and definitions. In addition, there are some other terms that may be related to the LT but are defined slightly different. What’s the difference between them?

First of all, there seems to be a difference between two different points:

What does it say about your fitness?

Whereas the cardiovascular fitness sets the upper limit for the aerobic system (reflected by VO2max), it’s the metabolic fitness (reflected by the lactate threshold(s)) that determines the fraction or percentage of VO2max that can be utilized for a certain amount of time without lactate build-up and/or acidification. A higher LT (as percentage of VO2max) has two advantages:

The faster your body can process waste products, the higher your (second) Lactate Threshold and the faster you will recover from hard efforts. This makes the LT2 the “single most important physiological determinant of performance in events ranging from as short as a 3km pursuit to as long as a 3-week stage race”, according to Dr. Coggan PhD, a well-respected exercise physiologist. LT2 is an important predictor of the endurance performance ability of a cyclist, or for any endurance athlete whatsoever, and therefore provides a strong physiological basis for your training program.

Want to know your own VO2max or Lactate Threshold? Or do you need help with your training? Let us know via cycling@science2move.nl or have a look at https://de-vitaliteitspraktijk.nl/inspanningstesten/conditietest/.