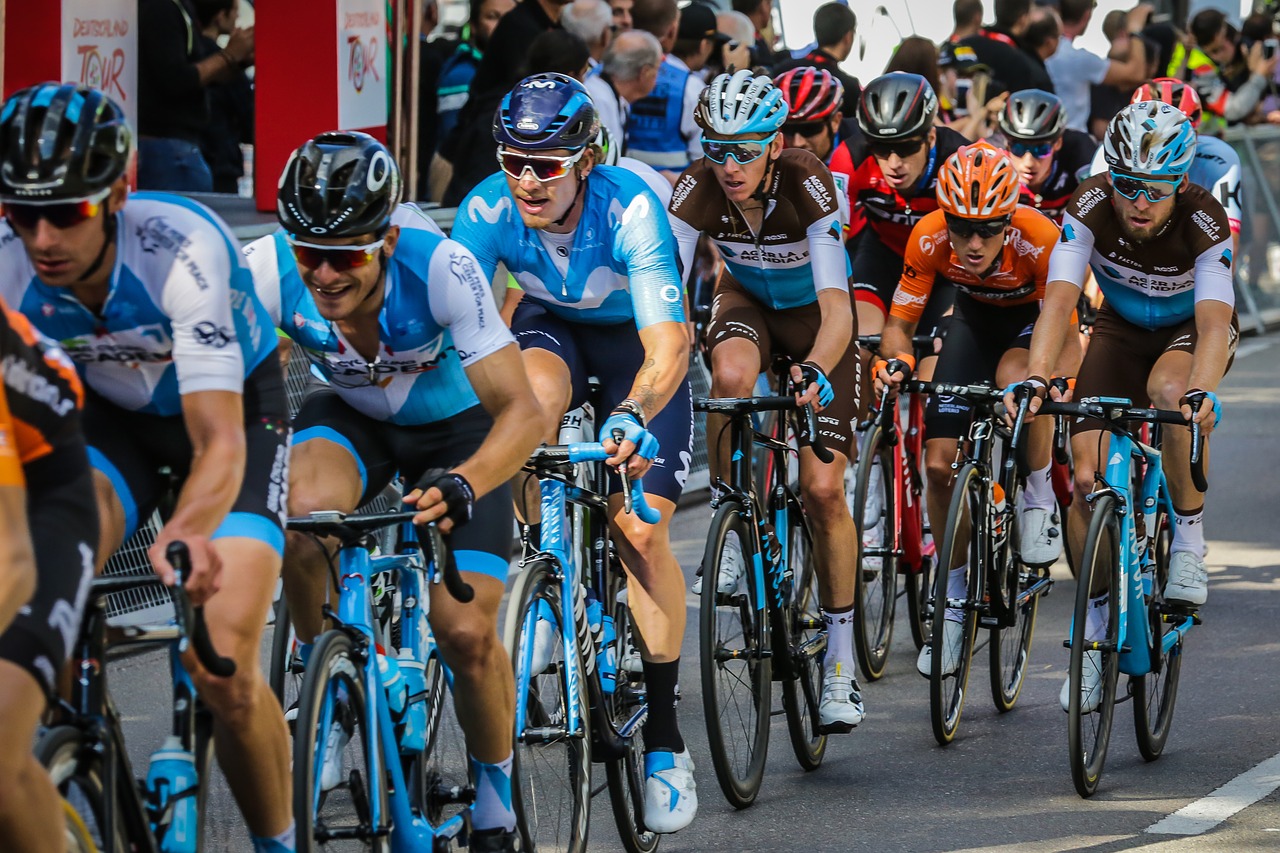 Cycling in a group has a large advantage over cycling all by yourself. Especially on a flat surface, aerodynamic drag resistance is the main contributor to the overall resistance you will experience during cycling. Therefore, in road races, cyclists generally ride in a peloton; ‘a group of cyclists riding closely together to reduce aerodynamic drag and energy expenditure’. Riding closely behind another cyclist to reduce aerodynamic drag is called drafting. Previous studies suggest a drop in drag resistance of 30 to 50% when drafting, compared to riding alone. However, some controversy exists in the magnitude of this advantage.

Previous studies have confirmed the reduction in aerodynamic drag when drafting. The aerodynamic drag experienced while drafting, was 50 to 70% of that of an isolated cyclist. Nevertheless, cyclists themselves say that it requires very little effort to ride in the belly of the peloton. Even less than the research data suggest. What causes this discrepancy between the data and the experience of the cyclists?

The aerodynamic benefits of drafting

In a less dense peloton, similar reductions where found. However, the front cyclist experiences somewhat more drag (94% compared to an isolated rider) than in a dense peloton, due to the increased distance between him/ her and the next rider.

To put things in perspective: the equivalent cycling speed, which is the experienced wind speed when drafting, might be 3.2-4.5 times lower than the peloton speed of 15 m/s!

It’s no surprise that a team leader will not ride at the front of the peloton, but will stay in the peloton to save energy for later. Especially during longer races, for example the grand tours, energy conservation is critical.

Therefore, when looking solely at aerodynamics, riding in the back of the peloton is very beneficial. However, there are some tactical consequences. You might miss attacks at the front, are more likely to be involved in a crash and have to deal with speed change amplifications due to the so-called accordion effect. A fine line exists between winning and losing. Being your team’s first man therefore puts a lot of weight on your shoulders!